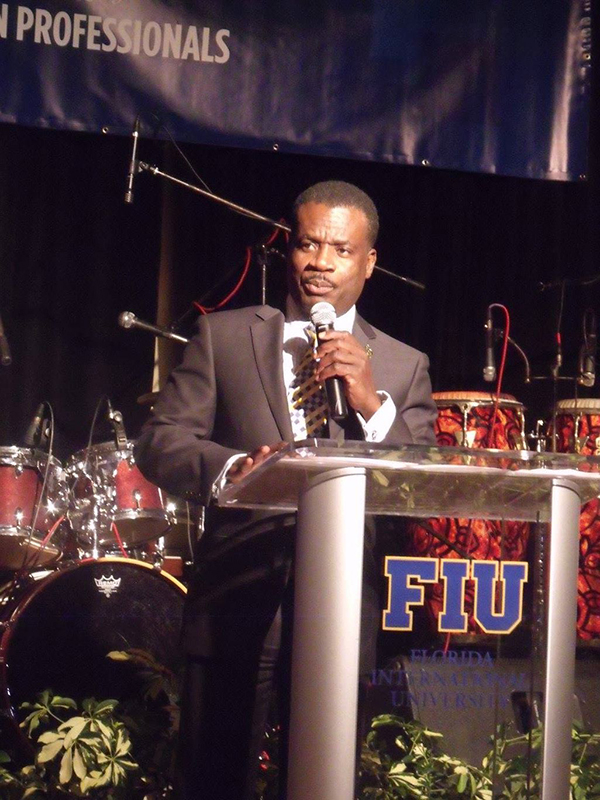 Since coming to Miami at the age of 18, North Miami Mayor Smith Joseph has helped to build relationships and pave in-roads within Haitian professional and political circles in the Miami diaspora community. Joseph, who is both a politician and medical doctor, is working to motivate Haitian Americans here to do more for themselves and those in Haiti, while working to bring awareness and understanding of the problems of Haiti.

« I grew up in Little Haiti, in the heart of it, near Sabal Palm. A lot of my friends went on the other side of the law. This could have happened to me; but I guess, because of my character, upbringing and the Lord, I chose the right path. Upholding the legacy of a good professional Haitian image is what I’m pretty much involved in,” Joseph said.

Challenges sat down with Joseph recently, and he shared his perspective on the Haitian diaspora in metro Miami and re-building Haiti.

Q: What is your involvement in the Haitian Diaspora Community here?

A: I’m the sitting Mayor for the City of North Miami. I’ve been involved in the community, as a professional, while trying to uphold a positive image. Also, I went to med school. While I was there I started an association called the Society of Haitian American Professionals. I was a co-founding member and the first chairman in 1996.

I’ve been involved in local politics, making sure we have good representation at the county level. About five years ago we elected our first Haitian American commissioner in Miami-Dade County…The Haitians in North Miami-Dade County is where we have the most concentrated political power.

I’ve been involved with engaging the youth. I go to Miami-Dade College and churches, and speak about being motivated and staying away from trouble. These children can be a part of the statistics, but I use myself as a role model to show them that they don’t have to be. I pretty much came from nothing. I could have gone either way, that’s mainly what my motivational talks are about: my life.

Q: What is your approach to addressing Haitian issues here in metro Miami?

A: When I got elected I came up with the slogan, “We are a city on the move. » We have the attention of every 3 out of 5 Haitians in the municipality. We just have to put our minds together and differences aside. We have to understand we have a task that is greater than us. That is the same message that I would send to the government of Haiti. The task before them is much bigger than what has happened in the past. We have to learn to set aside our past, set aside our differences, so we can move with a united front as a people to make a difference for our children. We ought to do it for our children and our childrens’ children.

Q: Let’s re-direct to issues native to Haiti. Can you share your thoughts on the current economic and political situation there?

A: I left Haiti before starting my professional career. It’s been 36 years since I returned, but I started doing back-and-forth trips in recent years. I do have friends that are involved in some of the decision-making processes in Haiti. As a matter of fact, some of them occupy offices where they do make impact on people’s everyday lives.

Of course, the obvious issue in our home of Haiti is poverty. The poverty level is sky high, and the disparities between the haves and the have nots is huge. These are issues that need to be addressed by the government. The elected officials have a daunting task of tackling this issue of poverty. It’s something that can’t be done like back in the 1960s and 70s. Poverty was not really a big issue in Haiti, because we had people that lived in the mountains and in the farmlands. They were able cultivate and produce coffee. They were able to feed their families and send their children to school.

Because of the global demand market, people left the mountain areas and farming lands to move to cities and urban areas. We also have diaspora here sending money. The government has to come up with social programs, agricultural programs that people can benefit from.

We are a small country, so tourism is also something the government has to develop … You cannot have a good program for tourism without having airports. As far as I know, we only have two international airports. If you go to the Dominican Republic, they have at least seven international airports in strategically located areas. This is the type of thing that we have to do, simple things.

We have to develop all of the infrastructure, the roads. There are private companies just waiting for Haiti to open its doors for them to actually come in and get certain types of subsidies and incentivize a market. This way you can actually create jobs, and when you create jobs, you decrease the percentage of poverty levels.

Another issue that is near and dear to Haiti and to a lot of people is women’s rights. Women’s rights in Haiti is something that needs to be worked on. For instance, they shouldn’t have to worry about sexual harassment from the people that are their superiors.

We don’t have too many social programs for the elderly or for the handicap. These are issues that need to be tackled by the different governmental departments in Haiti; and also education, if we do not educate our youth in Haiti then what type of future are you going to have as a nation 15 to 20 years from now? The diaspora, we can also offer a lot, but Haiti happens to be a sovereign country. The government has to buy into what we are suggesting or nothing is going to happen.

Q: How do you feel Haiti has changed since the earthquake in 2010?

A: The first few weeks and months after the earthquake, it was a complete disaster even a year or two after it seemed as though it was never going to come out of the rubble it was under. In addition to the intrinsic problems that we have in the system or that the system has adding the earthquake to that just makes matters worse.

There was big ease of dollars allocated to rebuild Haiti. We can safely say now that the country is pretty much free of the rubble, free of the tents in the area of the airport. There used to be beggars all around, and now we don’t see that anymore. We have major hotels that have opened in the area. There is a foreign group that has opened an all-inclusive resort in Haiti. Haiti is sending out positive vibrations that we are there, but a lot more has to be done.

For all of this to happen Haiti has to be politically stable, without that you can’t expect people to invest millions or billions of dollars. They need to send a message that they are willing to compromise and stabilize the country. With this, then you can talk about the economic revolution. I think we are going somewhere. Then you have to decentralize the country, adding the infrastructure in place, airports, roads, electricity at a steady pace, so that people may see that their money is guaranteed for years to come.

Q: How can the U.S. and Canadian Haitian diaspora communities help Haiti?

A: There was a conference for the The National Alliance for the Advancement of Haitian Professionals (NAAHP), which is based in New Jersey, held at FIU’s North Campus. With my support and the other council members, we did allocate about $20,000 for them to come and have a conference here.

There were many panelists analyzing Haiti. The main theme of the conference was what can we in the diaspora do in terms of helping Haiti to get it to a level where it can compete in the global market. We can use our professional affiliations to get investors here to take a look at Haiti… to see what Haiti has to offer. We do have a lot to offer.

We as professionals here should consider ourselves ambassadors of Haiti, each and everyone of us. Wherever we go we have to seize the opportunity to try to persuade someone who has the means…The first thing we can do here in the diaspora is to unite ourselves. We need to unite ourselves around one major plan.

I would say 40 or 50 years ago Singapore was at the same level of poverty as Haiti, but there was a group of professionals; some of them over here, some from different parts of the world. They decided to get together and came up with a master plan to go back to Singapore and develop their country. Wherever these people were in the world, they would be working in the niche part of the master-plan. We have to move with a united front.