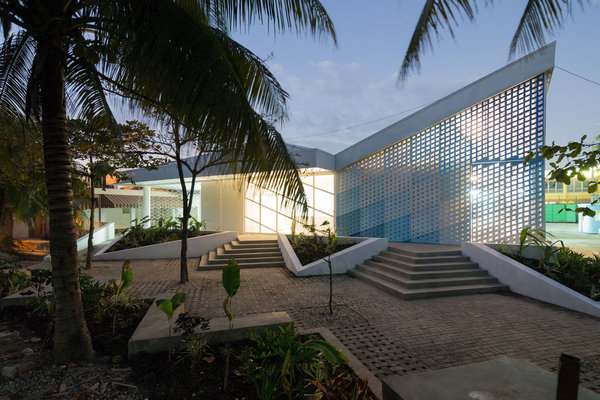 Image via the New York Times.

THE GHESKIO CHOLERA TREATMENT CENTRE BY MASS DESIGN GROUP IN HAITI HAS AIMED TO TREAT ROUGHLY 750,000 CASES OF CHOLERA – A CURABLE DISEASE – SINCE THE ISLAND WAS HIT BY A DEVASTATING EARTHQUAKE IN 2010. THE STAGGERING FIGURE REVEALS THE DIRE NEED TO RETHINK PUBLIC HEALTH INFRASTRUCTURE IN REGIONS WHERE HOSPITALS AND CLINICS ARE IN SHORT SUPPLY OR NON-EXISTENT

As New York Times architecture critic Michael Kimmelman noted, solution-based design thinking like this might even nudge Western hospitals away from the outmoded sealed building paradigm that relies on energy- and money-sucking mechanical systems. “Architectural innovation these days can travel south to north, after all,” he wrote, “not just north to south.”