Haitian-American and diaspora artist Phyllisia Ross, a Miami native, released her newest single « Only for You » at the beginning of December 2015, featured above.

But, Haitian-American and diaspora artist Phyllisia Ross has had recent success with original songs that highlight her R&B vocals, talent as a pianist, as well as her Haitian roots, with “Zouk” influences. Very rapid in tempo, Zouk is a carnival beat style originating from the Caribbean.

Still, Ross considers herself a world artist. “Like Sade,” Ross said. « She is the greatest example… I’m very comfortable in all those genres. I am a mixed woman, so I have a lot of influences. I think great artists have that liberty to dip and dive. »

Ross – a singer, songwriter, pianist and University of Miami alum – is well on her way to establishing a name for herself. If any indication of growing success, Ross has 50,000 followers on her social media pages, which include Instagram, Facebook, Twitter, SoundCloud and YouTube.

Challenges recently had the opportunity to ask Ross about « Only for You, » which was released in early December 2015 and is currently available on iTunes.

Q: Did you write « Only for You, » in addition to singing vocals and playing piano?

A: Yes, for « Only for You” and “Konsa, » I was the co-writer, and I co-produced this song (Only You). Note: Her single “Konsa,” which was released a year ago, has garnered nearly two million views. The video was filmed in Moulin Sur Mer, Haiti.

Q: What’s the inspiration behind the video for “Only for You”?

A: We were going for « Miami Vice« … We wanted to do a ride-or-die chick for the video. We wanted to make it a very extreme and dramatic representation of that…Speaking of the diaspora here in the United States, we wanted to showcase home.

Q: Where was the video filmed?

A: South Florida, from Miami to Boca Raton. Some shots are in Fort Lauderdale and Boca Harbor; and in Miami, obviously, under the skyline when I’m playing the piano. Note: The video was a two-day shoot.

Q: Your video has nearly 300K+ views already. Did you expect that?

A: It was a humbled expectation… We are very proud of the numbers we are getting, and the work… We have a great team in Haiti, in France and in the U.S. … I’m looking forward to sharing the music and performing live with everyone who has taken the time to watch… It’s about the music, and people are taking the time to fall in love with the song.

Q: Are you getting radio play with U.S. and Canadian diaspora radio stations, and in Haiti?

A: Yes, I am. All the radio stations of the diaspora. I am bridging the gap, between the first generation and second generation of the Caribbean. I am new at this kind of music. This is something that we are diving into now, and it’s been great. Hopefully, we get more support. It’s my job to show my culture and express myself through my music.

Q: Why is it important for you to mesh English lyrics with Haitian Creole?

A: I’ve been dealing with this industry for awhile. I have experienced a lot of things. The only way to be completely successful at something is to be completely you. In my home, we speak Creole; we speak English. I’m getting the best reception from this… I think that fans have been appreciating the authenticity of just being me. It’s been a cool thing to bring the Creole language to my fans. It’s been an education thing, a win-win, for everyone it seems.

Q: What are you working on now, what’s next?

A: Only God knows. 2015 was the year of diving into this genre. 2016 will be an extension of that, hopefully. I have dates lined up for performances. I am excited to actually see the people. It’s really nice to sing for the people live, meet people. 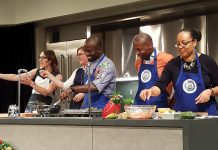 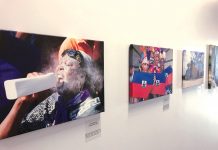 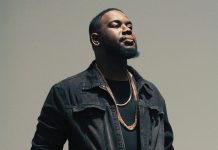